I was talking to a lady a few months ago about her son. He was about 8 years old and she was having great difficulty in persuading him to go to school. We talked about strategies that she could use to reduce his anxiety and then she came out with the information, quite off hand, that he'd been bullied a couple of years before. Some of the boys had, amongst other incidents, dragged him into a toilet cubicle, pushed his head into the bowl and pulled the flush. The boys were still in the same class as her son.

Suddenly it made sense – and it also brought home to me how much we expect of our children. In many cases it's way, way higher than we would expect of ourselves in the same situation.

Imagine it was you. The next time you go to work, some of your co-workers grab you, force your head down the pan and pull the flush. Have a think about how you would feel. Would you be able to face them again? Would you cope with the fear, humiliation, degradation and shame? Could you go back into work, day after day, and work cordially alongside them? 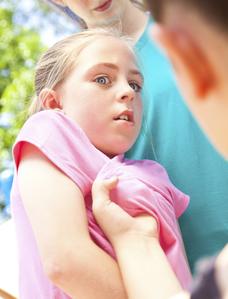 And we may insist that our child plays with Henry. I remember my mother telling us repeatedly that we had to play with a boy who lived round the corner. Otherwise his mother complained. We'd do it for a while, then he's steal some of our toys or something like that and we'd stop playing with him. His mother would come round and then my mother would insist again. It only stopped when he hit my brother with a lump of wood that had a nail sticking out of it.

Would we do the same as adults? Would we persist in trying to be friends with someone who treated us like that? We might if we decided to out of the kindness of our hearts or from a deep-rooted faith, but I think we'd seriously resent it if someone insisted that we spend our free time with someone like that. We don't do it! If someone is mean, steals from us and treats us like dirt, we stay as far away from them as we can!

We'd even criticise adults who maintain relationships with people like that. To adults, they're using and abusing our friends and we pride ourselves that we can see through them whilst looking sadly down on our friend who's been taken in by them. We gently try to persuade our friend to drop the loser and get on with their lives, then tell our kids to do exactly the opposite!

I do understand that it's good to give our children high ideals to aim towards. I get it that we want them to be the best that they can. But sometimes I think that we can forget that they are children and that the things that we're asking of them may be well beyond their abilities.

So the next time your child is expressing high emotion, try really listening to them. Put yourself in their shoes and think – really think – about what you would do or want if the same were happening to you.


If you've been touched by any of the themes in this essay, contact me to work through the issues in your life or in your relationship with your children. 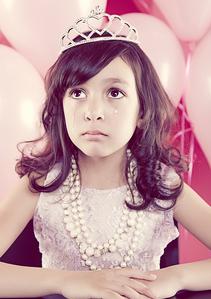 My guess is that you'd never want to work with them again. Even if the incident had been “dealt with” by management, most people would immediately look for another job. They may sue the employer for constructive dismissal if they hadn't get rid of the bullies, and might get themselves signed off from work with stress rather than having to face them.

And yet we expect kids to react completely differently. We get the bullies to mumble an apology, negotiate that everyone shakes hands and then expect the kid to act as if nothing had ever happened.

How naïve can we be? If we adults can't cope with that, how on earth do we expect kids to?

Not only that, but we expect our children to forgive their attacker. I'm in my 50s and I still struggle with forgiveness! I've read and studied, discussed and debated and I'm only now feeling that I'm beginning to grasp the concept. Sure, I've managed to do it despite not understanding it, but it's not been easy. But we adults can still dump it on our kids as if it's the most straightforward thing in the world. It's a good job that our kids don't generally turn round and ask us, “and what exactly do you mean by that?” because that could be seriously embarrassing!

And then we compound it next time their birthday comes round. “But you HAVE to invite everyone in your class to your party. It wouldn't be fair for anyone to be left out.”

Personally that's not how I would organise my birthday party. If I were inviting people from my workplace, I would only invite the ones that I got on with. If there were someone that intimidated, bullied, upset and annoyed me I wouldn't want them anywhere near my house. There's no way that I would want my party ruined because I was constantly worried about what that person might do or say, or what ammunition they were storing up to throw at me next time we were in the office. It's MY party and it's all about me, not them! If they're upset because I didn't invite them, that's their problem. On this, my night, I don't care.

And yet with kids we can stamp all over their wishes and insist on overriding their reluctance.

“But why don't you want Henry to come?” you ask the child.

They shrug and offer a tentative, “I don't like him.”

And we carry on. “But what don't you like about Henry?”

We're expecting a young child to be able to analyse their relationship with Henry and their complex feelings. And in the face of adult scepticism it's so hard to do that. How do you tell your parent when you don't have the words? He's sarcastic; he belittles me in front of the other kids; he's arrogant, lacks empathy and demands attention all the time. That may be what's inside our kid's head, but they don't have the words to let it out. And so instead of treating their reservations with the gravity that they deserve, we assume that their lack of words indicates a lack of substance. Henry's invitation goes into the envelope and the kid trudges to school with resentment in his heart that we haven't listened and dread in his stomach about what Henry's going to do and say.

Duncan Elliot is a life coach working out of Basingstoke in England. He particularly works with people who feel that there must be more to life and are willing to work at it, so that they can feel happier and more in control of their life. He offers life coaching in person, on the phone or via audio or video across the Internet. Click here to contact him.

Catch the wind in your sails!